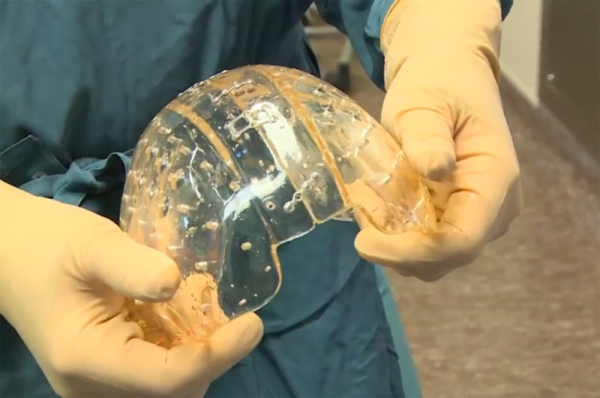 A swamp has no boundaries, for its edge between water and land is constantly changing according to the level of the water table in the region. Any attempts to draw a swamp on a map will be futile, because it will not represent the constantly shifting edge of the swamp. This is much akin to any attempt to define an individual’s identity today where the boundaries we set as individuals are invaded, pushed out, criticized and introspected more than any other time in history. The role of law in the realm of personal identity is to provide an invisible greenlight to define personal identities anyway people see fit. Since one of the biggest ways we identify ourselves is through physiology, we should have rights to every body part we own, free to change for other parts, and to donate to others. The problem arises when we start assigning certain body parts as belonging more to us than others, thus hindering the process of defining identity, however difficult that may be.

Take Craig Lewis, for instance, who received a turbine for a heart in Texas Heart Institute, with amyloidosis diagnosed, his heart broken. Bud Frazier was the doctor who decided a pump was as good as a heart to provide continuous circulation around the body. This precluded a heartbeat, a quintessential signature of life for many centuries in many cultures, and taking that away was a new way to define life. Under the guise of laws that allow heart transplant under strict conditions, this medical breakthrough was possible

Another boundary-blurring instance is Valeri Spiridonov, a man with muscular dystrophy who volunteered to be the first man with a full body transplant, which would involve severing his own head and attaching it to the body of a donor. According to Spiridonov,

“This technology is similar to the first man to walk in space. This is because in the future it will help thousands of people who are in an even more deplorable state than I am. We’re experimenting, which lead to a relatively successful transplantation of the body, but then it was not possible to transmit nerve activity in organs and limbs. In that operation it did not have a meaning. Canavero (Italian Surgeon) overcame this problem. He has technology that allows the merging of neurons. And it works. We hope that this technology will lead to success.”

Other examples of body part replacement abound, the curious question arises of gender body parts. The parts we feel defines our essence – dichotomized as male or female – are most difficult to set a legal boundary to. Sex reassignment surgery is illegal in some regions of the world, and even if the surgery is legal, the legal change of one’s gender may still be illegal. This is a great tragedy of the modern times with so many body parts being replaced with used body parts or even brand new mechanical ones, that we are still culturally backwards in thinking about genitals as being anything more than an organ that serves to reproduce and define a personhood, rather than an object of constant social bias, fear and disgust. Sexual dysphoria, the condition of being dissatisfied with one’s biological sex, is now a recognized psychological disorder in the DSM-V, so it is high-time that the laws around the world did its job and provided the legal basis for anyone in the world to redefine their body, and hence their identity, at will.